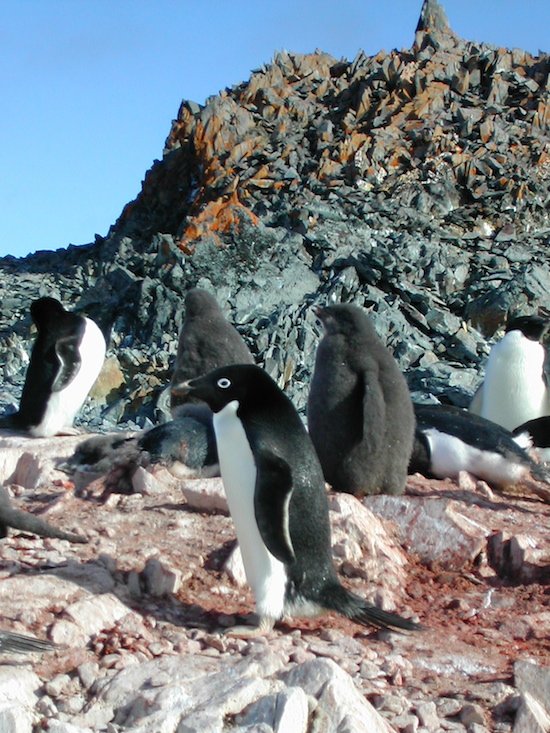 The Adélie penguin has long been viewed as in rapid decline, largely because of the number of shrinking and abandoned penguin colonies around the Antarctic peninsula.

But it appears that the penguin may not be declining so much as changing address.

According to this WSJ article, the penguin has actually increased in numbers globally:

The researchers found eight abandoned penguin colonies on the Antarctic Peninsula, where regional temperatures have been rising faster in recent decades than across the continent as a whole.

That loss, however, was offset by new colonies that sprouted up elsewhere in Antarctica and by growth in previously known colonies since the last general penguin census was carried out in 1993, the scientists said.

“The gains on the continent more than offset the losses on the peninsula,” Dr. Lynch said. “For now, that is good news.”