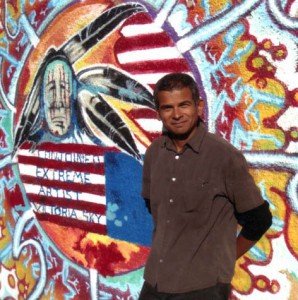 I was living in San Diego during the federal trial of Rod Coronado about six years ago.

I witnessed part of the trial, and it opened my eyes to the risks Rod and so many others have taken to defend animals. As well as the prices they have paid, and continue to pay.

It also opened my eyes to the lengths the US government has gone to pursue, deceive, harass animal rights activists.

That trial found its way into The Tourist Trail and in many ways it influences my writing still.

It appears that after a period of relative media silence, Rod is traveling and speaking again, which is great news.

Here’s a Q&A he conducted recently.