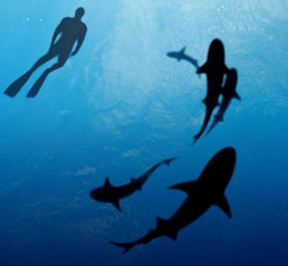 If you’ve seen the movie Sharkwater then you know that sharks around the world are suffering.

Despite the media’s obsession over those rare shark attacks against humans, the reality is that humans are eradicating sharks from the oceans — killing as many as 73 million a year.

All because of shark fin soup.

So it was nice to read that Hong Kong Airlines has banned the transport of shark fins. While this step was long overdue and won’t by itself stop the slaughter of sharks, it’s one of many steps that must take place if we’re going to save sharks.

Hong Kong is the Asian hub for the trade in shark fins, serving as the principal transit point for fish and seafood products headed to markets in mainland China. Shark fin soup, which is essentially tasteless, is still seen as a status symbol in China, Hong Kong and ethnic Chinese communities. It remains a staple at corporate events and wedding banquets, even for those of modest means.

“Rapid economic growth across Asia in recent years has catapulted millions into the ranks of those who can now afford the dish,” my colleague Bettina Wassener reported in July.

Six weeks ago, China said it would ban shark fin soup at official banquets, although it could take up to three years for the ban to be fully implemented. The ban was reported by Xinhua, the state-run news agency.

And this is not just an issue for Asian countries. There are plenty of American restaurants serving shark fin soup. Notes the article:

Several American states have criminalized the sale, use or possession of shark fin, but those bans remain scattered. As Rendezvous reported this summer, DNA samples from soup served in restaurants in 14 American cities showed that some were even using fins from scalloped hammerhead sharks, an endangered species on the Red List of the International Union for the Conservation of Nature.

When you watch Sharkwater, you’ll witness scenes of sharks, still alive, having their fins cut from their bodies and their bodies pushed back overboard, only to sink to the bottom. These are images that linger. I watched the movie three years ago and I still think about it. The horror those creatures endure. And the senseless waste of it all.

The days of demonization sharks must come to an end. Sharks need protection.