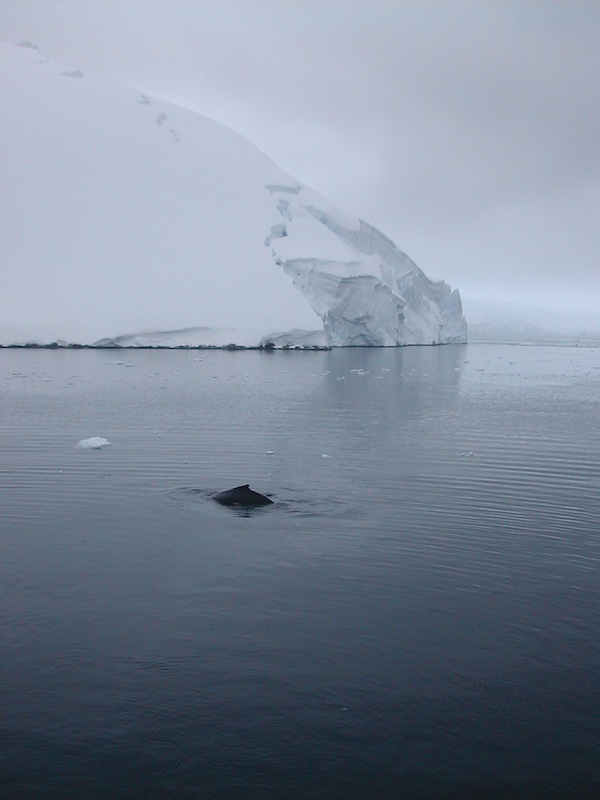 This is about as close to a humpback whale as I’ve come. In the waters off the Antarctic Peninsula.

These are good waters for a whale, rich in food and largely devoid of ships.

Whales, for reasons we still don’t understand, are often injured by ships. And as large as whales are, they are no match for large container ships.

Which is why I was interested in this New York Times  article about whale research taking place not far off the coast of New England.

The researchers, from Woods Hole, have been attaching temporary tags to the whales to better understand their movements. And this information has been used to help the ships that travel these waters avoid the whales they share it with.

In 2007 the shipping lanes between Boston and New York, which cross the Stellwagen sanctuary, were shifted to avoid whale-packed areas, partly because Dr. Wiley’s DTAG data showed that humpbacks spent 60 percent of their time within 50 feet of the surface, in striking distance of boats’ hulls. In 2009 the National Oceanic and Atmospheric Administration began requiring fisheries to use ropes that sink rather than traditional floating ones to connect lobster pots and crab traps. The floating ropes arch above the seafloor, posing a potential risk to deep-diving whales, but no one realized that until the Stellwagen DTAG data showed whales diving straight to the bottom and rooting around.

Also interesting was this sentence:

For Dr. Wiley, the most striking insight is that each humpback has its own set of behaviors, often confounding efforts to generalize about the species.

It surprises me to hear a scientist who is surprised to discover that animals (besides their pets, of course) have personalities. Have idiosyncratic behaviors. Are not always predictable.

The fact is, all animals have personalities. But to avoid any hint of anthropomorphism, let’s just say that every animal is unique.

1 thought on “The more we study whales, the more unique they get”