Although I’ve been living up and down the west coast for several years, I’d never made it far enough north (or south) see the Redwoods National Forest. 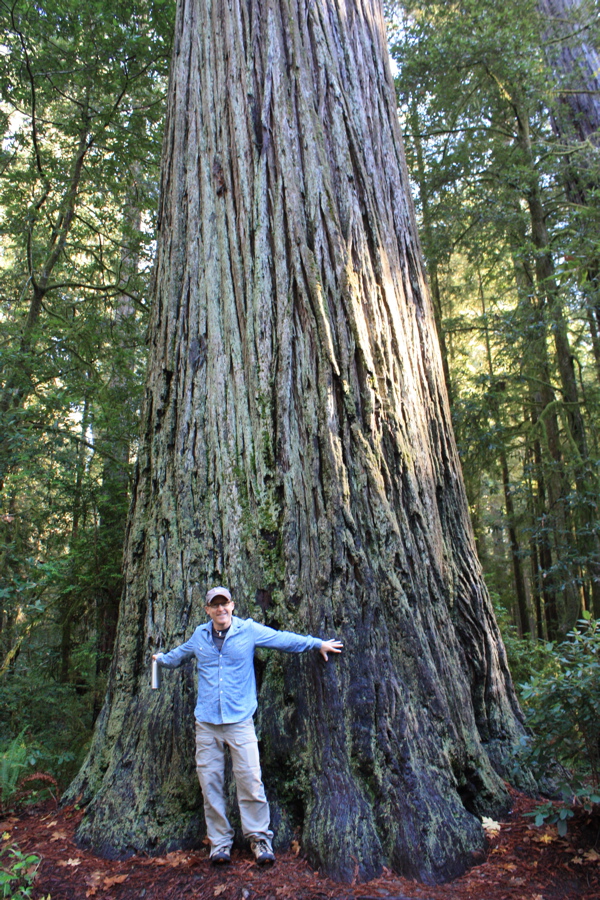 It is a strange feeling to stand next to another living thing that has been on this planet for more than a thousand years.

I asked a park ranger how these trees escaped logging. He said only 3% of them did. He said that even today there are people who would like to get at what’s left of them with a saw.

Thankfully, we have the Save the Redwoods League. It got started back in 1918, when a handful of people realized that something precious was about to be lost and very nearly was. There was no national park then (not until 1968). In the absence of government protection, the people protected those trees. And this organization is still around today as there are still trees in danger.

After visiting the redwoods, I visited the coast south of Crescent City and I watched grey whales in the distance.

More survivors. And, thankfully, people have stepped up to protect them as well.

In a few weeks the Sea Shepherd Society begins its 7th annual journey down to Antarctica to protect the whales from the Japanese. No government is protecting these whales. Just people.

From Save the Redwoods to Save the Whales, these fights are not fought by governments or militaries, but by people. And for that reason alone I remain optimistic that we can save many more creatures, many more habitats.

The fight is only just beginning.

PS: I just came across a great TED presentation on the redwoods:

2 thoughts on “The good fight”