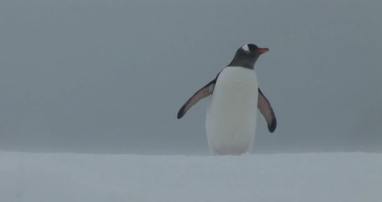 Petermann Island, situated halfway down the Antarctic Peninsula, is the home to both Gentoo and Adélie penguin colonies.

I was fortunate to have visited this island as part of a tour group many years ago. And it was there that I met the researchers with Oceanities, a non-profit group that has been counting the penguins on this island (and others) for many years.

Counting penguins may seem like a simple task, but it is anything but — as you can see this in the video released by Oceanities and its sponsoring tour operator Lindblad. I recommend having a look.

Here are some factoids from the video:

It is because of the penguin counters that we know this.

In my novel The Tourist Trail I write about a penguin counter based in Patagonia. Her penguin of choice is the Magellanic and her weather conditions much less severe, but the data she is gathering is just as valuable. Penguins have much to tell us about the state of the oceans and the future of our planet.