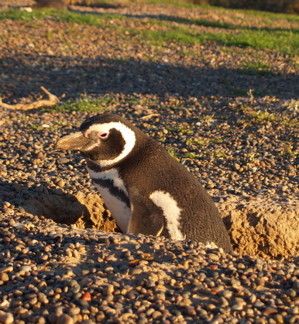 Punta Tombo, which is located on the Patagonian coast of Argentina, is home to the world’s largest Magellanic penguin colony.

Dee Boersma and her team of naturalists have been studying these penguins for 28 years. Back when she began, the Japanese were planning to harvest the penguins for their fur for women’s gloves.

Fortunately Dee and others intervened. And now the penguins are largely protected (at least while they’re on land).

I received a brief newsletter from Dee today with some key data points from her work.

And now the bad news:

Unless we stop them.

Dee has the data. Now we need to raise awareness so that all countries begin treating the oceans like the finite resource they are instead of an all-you-can eat buffet. This was one of the reasons I wrote The Tourist Trail.

The penguins will be returning to Punta Tombo beginning next week.