In Seattle, you don’t have to walk far to catch glimpses of nature going about its business.

But today I was fortunate enough to catch an eagle and seal going about their business — and catch them on camera.

I had gone for a walk along the Sound, or the Salish Sea, with the goal of taking pictures of a grain ship leaving port. We have a view of a grain terminal from our apartment and I’m kinda obsessed with watching the ships come and go. The process requires two tugboats and I’ve never actually watched the process up close.

As I was making my way along the trail I heard commotion above. Seagulls and crows flapping around and making lots of noise. Living here over the past year, I’ve figured out that when both seagulls and crows get riled up about something a raptor isn’t far away. Sure enough, I spotted a bald eagle in front of the Seattle PI globe. 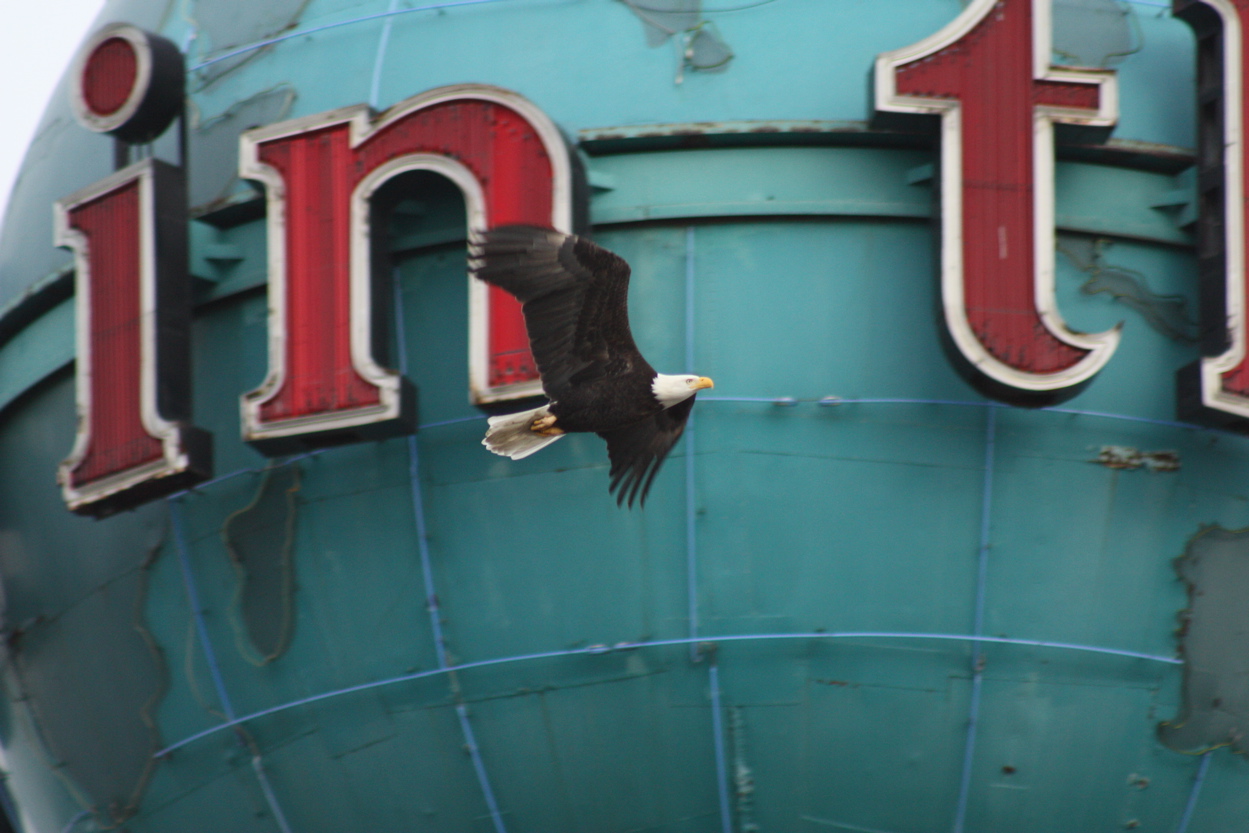 I can’t tell you how many times I’ve seen an eagle and not had my camera let alone zoom lens ready. But I was ready this time. Eventually he returned and perched over some food he had caught. You can see the crows hovering nearby. They were not in a good mood. 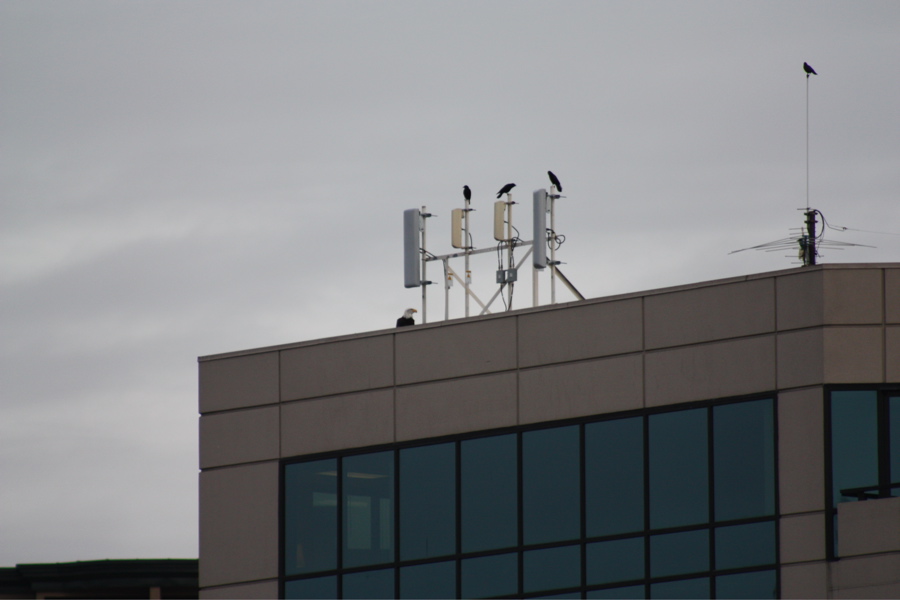 Eventually the eagle got tired of the harassment and moved on… 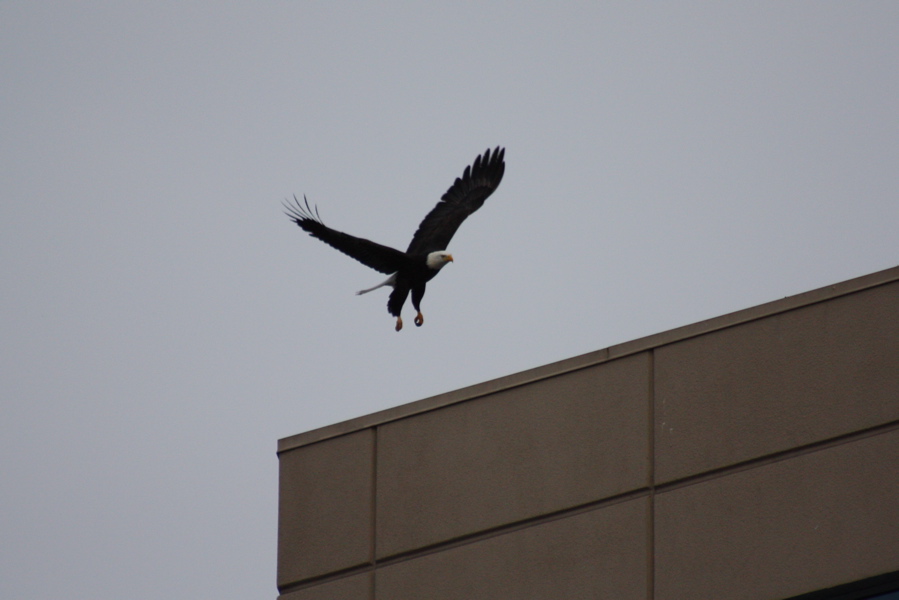 And I did the same. I kept in an on the water because ever so often I see a seal peaking out. Sure enough, one was only about twenty feet away from shore. 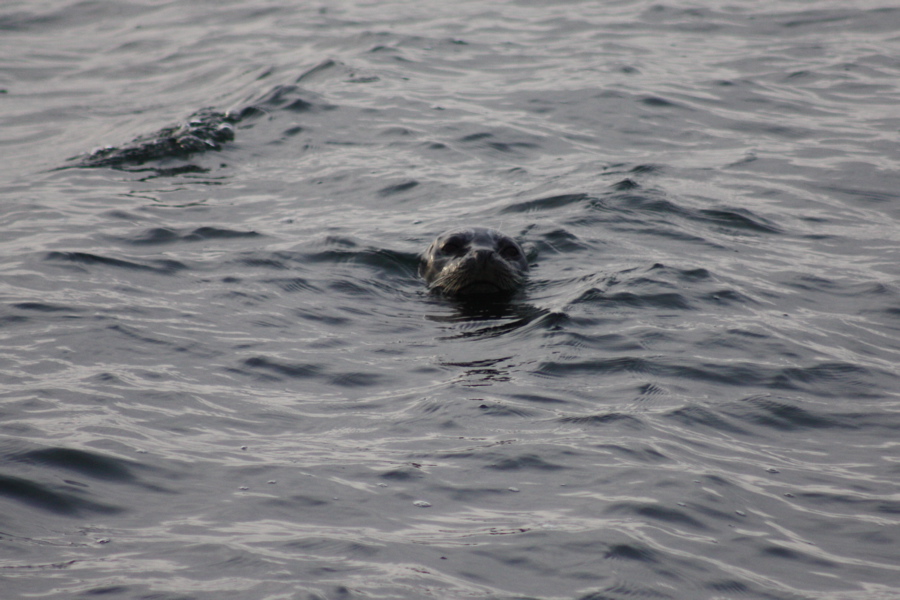 And now here are pictures of the ship leaving town. First the ropes fell, then the tugboats pushed the ship away from the pier. 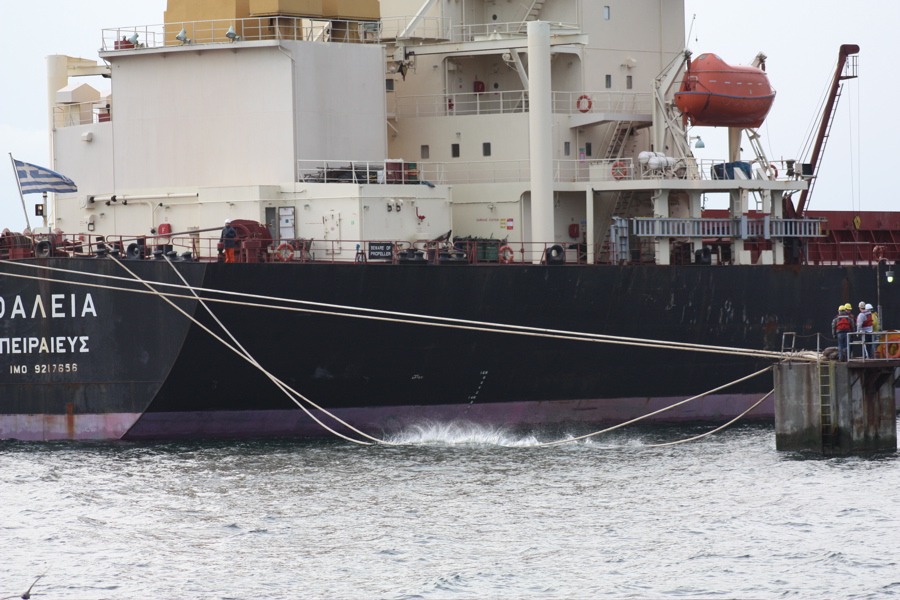 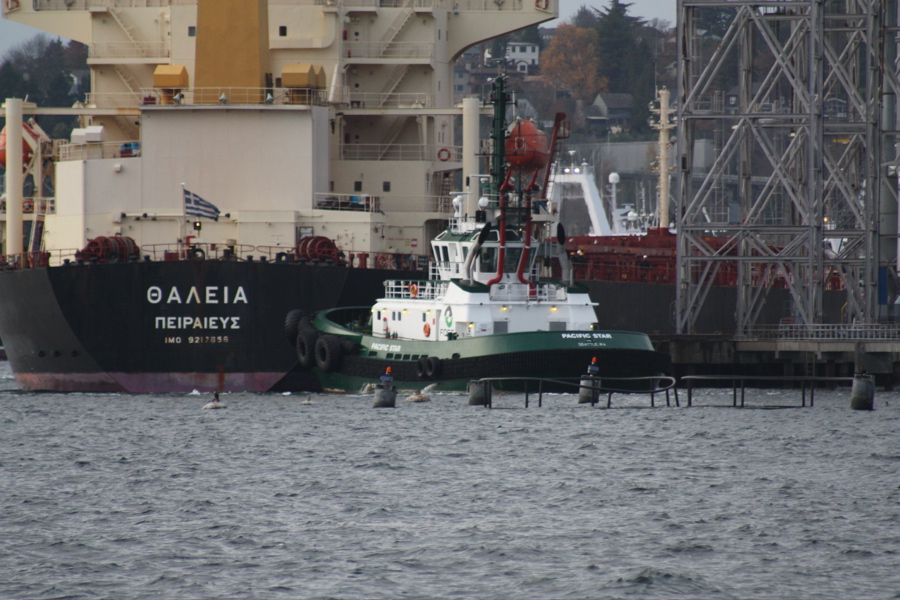 And then a new moved into place. 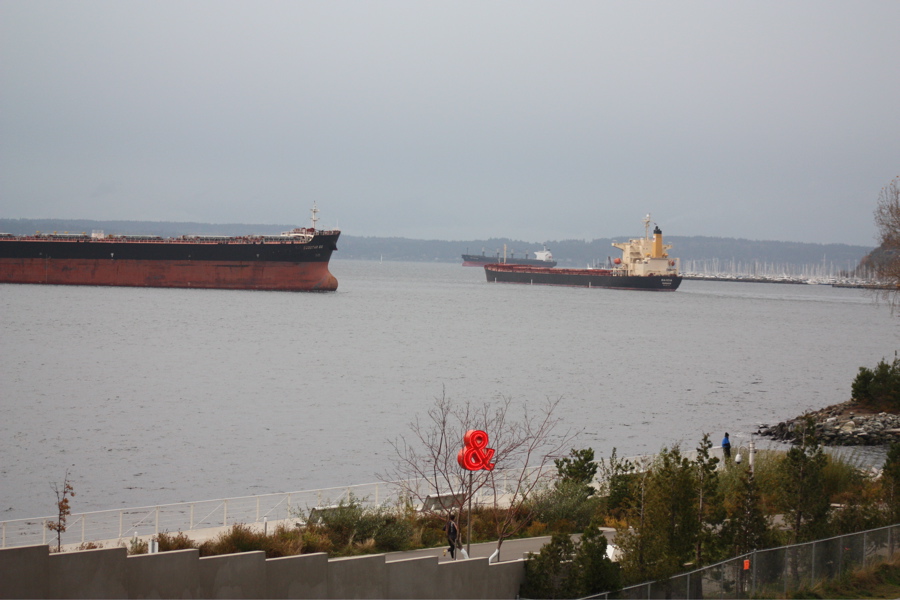 Just another day in Elliott Bay.