The Sea Shepherd crew is gearing up for another run at the Japanese. I really wish the Japanese government would come it its senses and stop subsidizing this annual slaughter.

Until then, Paul Watson keeps coming up with news and creative ways of getting in the way of business as usual.

Say hello to the Ady Gil — a 50-knot vessel that should be able to do laps around the Japanese: 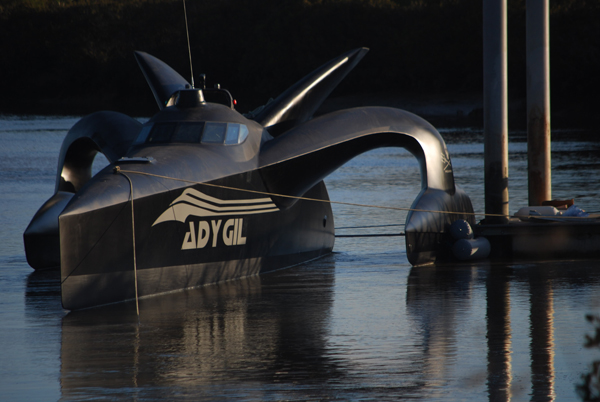 If you’re wondering why I’m writing about whaling in a blog that is ostensibly about penguins, it’s because the short story I wrote, The Tourist Trail, is also about whaling, inspired in large part by the Sea Shepherd Society in general and Paul Watson in particular. I’ve since expanded the story into a novel that takes place in the Southern Ocean as the crew does battle with the Japanese. It was a novel that I didn’t want to write because I had hoped that the Japanese would have given up by now. Boy was I wrong.

1 thought on “Sea Shepherd adds to its fleet”